Orders related to the design and manufacture of chandeliers arrieved from Hungary’s prominent personalities, theaters, cultural institutes and ministries.

The family has been in the industry since the fourth generation.

In 1996, he was among the first Hungarians to receive the EURÉKA Gold Medal (Medaile d. Or) at the European Inventors' Exhibition in Brussels.

In 1997, Grünberger was awarded the title of IPOSZ Prize by the National Association of Industrial Associations.

In 1998, Tamás Grünberger received the Golden Hand Award of the Chamber of Crafts.

In 2000, he received the Europa Nostra Award for the renovation of the Zoo Elephant House.

In 2000, the Dohány Street Synagogue received the Europa Nostra Award.

In 2000, the Executive Committee of the Somogy County Assembly awarded the Millennium Commemorative Medal for Somogy.

In 2001, the Grünberger company brought a gold medal from Paris and received the Terézváros Award in the same year.

In 2004, he received a commemorative medal for Kötcse.

On March 15, 2011, he received the Knight's Cross of the Order of Merit of the Republic of Hungary.

July 11, 2014 Podmaniczky Award. The awards were presented by Mihály Ráday, the president of the Association, in Mezőkövesd.

In 2016, he worked at the House of Hungarian Light Culture and within that he was working on the establishment of the First Hungarian Chandelier Museum and was looking for companions and donors and patrons. He would make his old cherished plan come true by setting up a museum.

On April 25, 2016, the Hungarian Academy of Arts appointed a non-academic public body member of the Department of Applied Arts and Design. 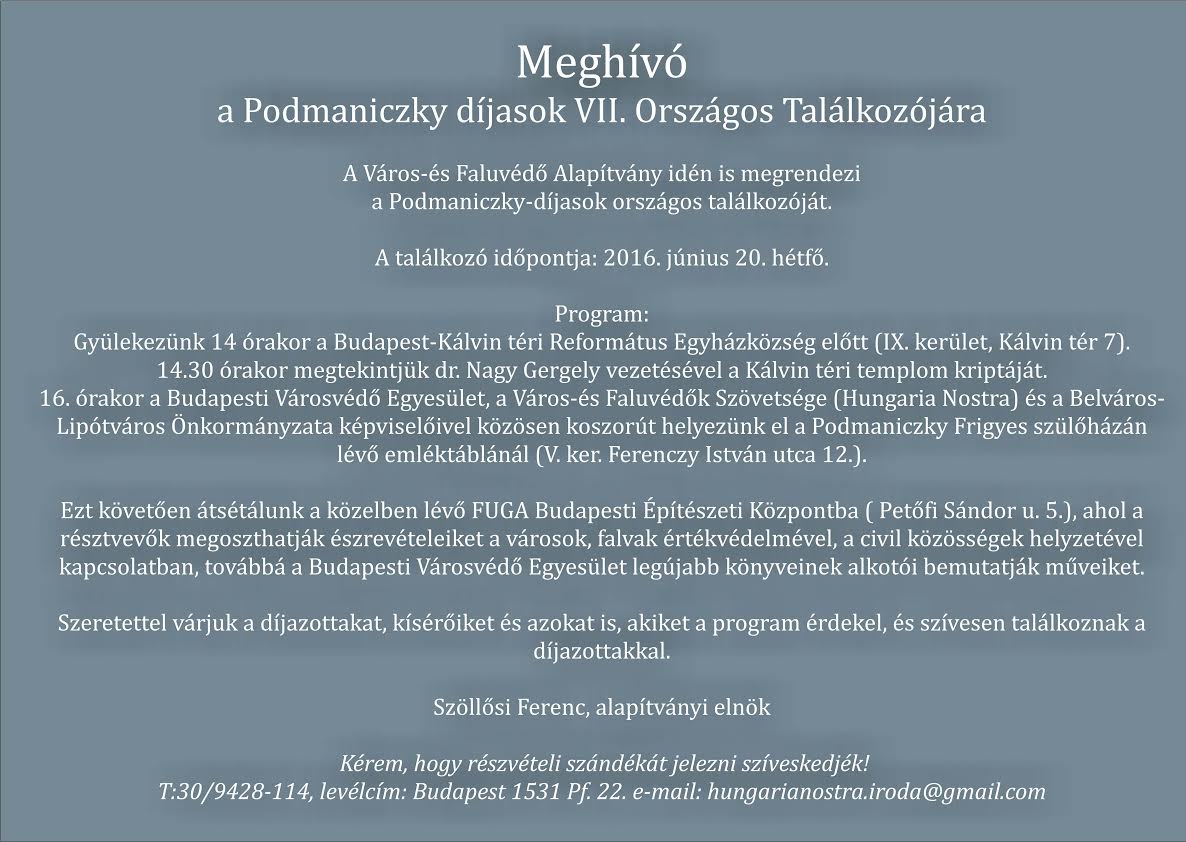